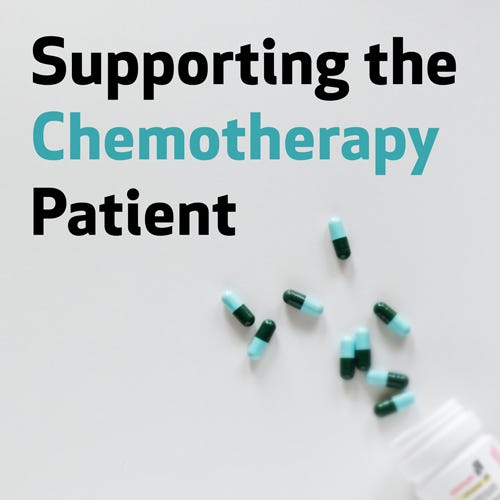 REGULATIONS Approved: California (1.5), Florida (1.5), IVAS (1.5), NCCAOM (1.5), Standard Certificate (1.5)
Course Overview
In this recorded webinar, Dr. McKinney takes a detailed look at how chemotherapy outcomes can be improved by integrative medicine. The webinar begins by discussing how significant increases in efficacy (namely response rate and cure rate) are obtained with immune support, cell cycling management, and inhibition of resistance mechanisms with which cancer cells defend themselves. Dr. McKinney then covers how the correct use of nutraceuticals, IV therapies, acupuncture, botanicals, and TCM herbs can lead to significant improvements in the quality of life of a chemotherapy patient. Herb-nutrient interactions with drugs will be explored, and the antioxidant vs. Chemo myth will also be debunked. With medicines such as mistletoe, reishi, quercitin, Protectival, cannabis, melatonin, vitamin B-12, acetyl-L-carnitine, co-enzyme Q-10 and other common agents, practitioners of all types can have a huge impact on the risk of harm versus chance of benefit from these toxic chemotherapy agents. After the allopathic focus of chemotherapy, you, as an integrative health care practitioner have the ability to provide incredible support to the chemotherapy patient through detoxification and education of positive changes in lifestyle, body-mind-spirit, and nutrition to support long-term health.
Objective
Outline
0 hrs - 30 min

Cancer cells growth pattern; oxygen, the most important nutrient; tumour hemodynamics thwart therapy; explanation of chemotherapy and how it works; use of chemotherapy best for only certain types of cancers; immune system protection and how it can help to cure cancer; examination of natural health products and cancer therapy.

very practical and can be used in daily clinic

This is very instructive, lots off good new knowledge.

Dr. McKinney has a wealth of information to share. You are able to use the information immediately and it also made me want to read his book for further details. It also shows how valuable Chinese Medicine is in fighting cancer. It is a must as an adjunct to Chemo.

This is a fascinating course and it fits an awful lot in those minutes! I now feel I could help someone under going chemotherapy which was shaky before hand, it also helped assist me with my knowledge of herbs! Cannot recommend enough.