Login for Price
Out of stock
SKU
HC.CLPS
Product Description
Over 400 clinical studies have demonstrated that coriolus polysaccharide extracts have immune modulating and anti-tumor effects. Coriolus when given as an adjuvant during conventional therapy for cancer has significantly increased the survival rates. In a study published in Lancet, a group of 262 gastric cancer patients who underwent gastrectomy followed by chemotherapy were randomly divided into two groups. The group that was placed on coriolus during chemotherapy had a survival rate of 73 percent as opposed to 60 percent for the group who underwent chemotherapy alone. Another study was conducted on 185 patients with stages I, II, or III non-small cell lung cancer who were treated with radiotherapy. Those with stages I or II who were administered coriolus had a 39 percent five-year survival rate opposed to the 22 percent and 16 percent survival rates respectively of patients of the same disease stages who had not received coriolus. Stage III patients who took coriolus had a 22 percent survival rate versus none for the non-coriolus group. Cancers that have been reported to respond to coriolus include stomach, uterine, colon, lung, colorectal, prostate, breast, and liver. In the overall treatment of cancer, coriolus seems to be most beneficial when used as an adjunct to conventional therapeutic regimens. Researchers suggest that coriolus appears to counteract the immune suppression of the conventional therapies and the toxic processes of cancer proliferation. Ongoing research finds that coriolus also has antiviral activity, appearing to be effective against HIV infection. Additionally, animal studies indicate that Coriolus seems to have cholesterol lowering effects as well as diuretic and mild tranquilizing activities. Health Concerns Coriolus PS is extracted with hot water, the same method used in the manufacturing of the coriolus administered to patients in the above mentioned studies. This method ensures that the polysaccharides are extracted as completely as possible. Polysaccharides are instrumental in health maintenance and in helping fight disease.
Ingredients
Coriolus versicolor (yun zhi) extract containing 25% polysaccharides
Company Profile
For more than a decade, Health Concerns has been in the forefront of research in herbal medicine, and was the first company to manufacture herbal products in the United States for practitioners. Its founder, Andrew Gaeddert, is an herbalist, lecturer, author of numerous books on herbal medicine, and committed to improving community health. He assisted in the development of clinical trials with HIV patients in 1992, and has been on the protocol team of a study to investigate the effects of Chinese herbs on chronic diarrhea, and an anemia study sponsored by the NIH Office of Alternative Medicine. 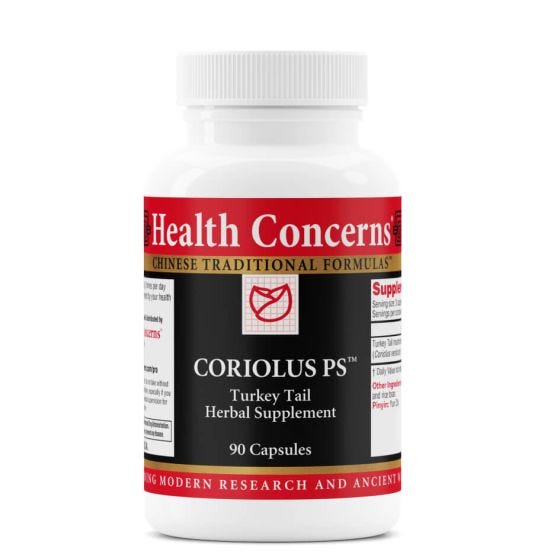 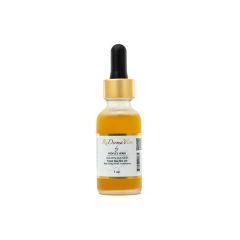 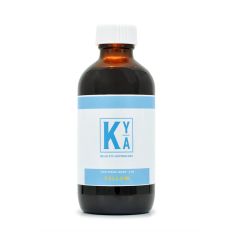 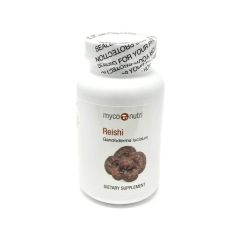 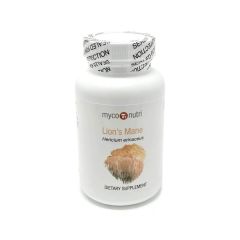